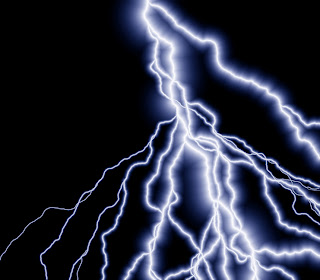 To find the answer, we need to go back at least 2000 years. According to many historical accounts, we have learned that the know history of electricity goes back to 620-550 BC, when in ancient Greece, they discovered electricity by rubbing fur on amber, which caused attraction the two.This awesome discovery was credited to philosopher Thales of Miletos (He was the first known Greek philosopher, scientist and mathematician).

In 1600, English physician William Gilbert   first made the connection between the attraction of oppositely charged object and magnetism. He named it “electric” from the Greek word “Elecktron”, which means amber.

By the 17th century, many electricity related experiments and discoveries took place, such as, invention of first generator, difference between (+) and (– )charges and so on.

In 1750 Benjamin Franklin discovered the fact that lightning was caused by electricity.

Email ThisBlogThis!Share to TwitterShare to FacebookShare to Pinterest
Labels: Discovery

Blood transfusion definitely saves life lots of life. However, many patients from all around the world died until 1901.

Who: Austrian physician and Scientist, Karl Landsteiner discover human blood group! He published a paper dealing his discovery of the three main human blood groups: A, B, and C, which he later changes to O. His contributions spanned many areas of immunology, bacteriology and pathology over a prolific 40 year career.
First Successful Blood Transfusions..
In 1907 the first successful transfusions were achieved by Dr. Reuben Ottenberg of Mt. Sinai Hospital, New York, guided by Landsteiner's work.
Karl Landsteiner's work made it possible to determine blood groups and thus paved the way for blood transfusions to be carried out safely. For this discovery he was awarded the Nobel Prize in Physiology or Medicine in 1930*.
Related Video