Ted Gibson, a celebrity hairstylist who also is seen on TLC makeover show called " What Not to Wear," charges $1250 for a hire cut! I love getting a nice hair cut like millions of you. My average hair cut cost about $12-15. When I read an article about Ted Gibson's haircut, I was not surprised at all because many of his clients are multimillionaires famous celebrities, so $950 or $1250 probably not a big deal to them. However, I was really surprised when I learned the fact that many of his customers are not rich nor famous they simply a big fan of Ted's Tv show. 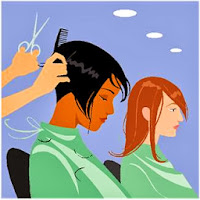